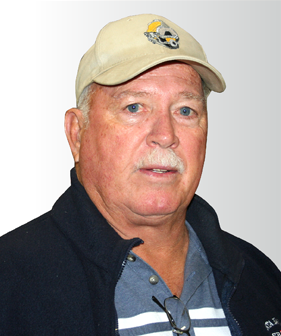 After serving 5 years in the military as a member of the historic Underwater Demolition Team 12, Mike Von Alvensleben began gathering a wealth of many firsts, the first “well Kill” in the Gulf of Mexico, ultimately not only performing the task, but inventing the process. In White Sands New Mexico he recovered a Penetrator Missile 230 feet below the desert floor for the military. He was one of the first divers to breathe a hydrogen oxygen gas mix down to 150 feet for J & J marine diving hyperbaric test facility; in addition to working 12 years as a diver for Hydro Tech, repairing pipe lines all over the planet.

He has accumulated thousands of hours of training divers in all phases of scuba and commercial diving; not only as a professor for the renowned Santa Barbara City College Marine Technology Program, but as the director and developer of the Associate of Science Degree in Marine Diving Technology at the Northern Marina College in Saipan. While overseeing the program he correspondingly trained police and firemen in "Advanced Dive Rescue” as well as Public Safety organizations on the islands of Saipan, Rota, Tinian, and Palau. Upon his return to the United States and through his continued active involvement with the Santa Barbara Marine Diving Technology Department he trained the Taiwan Navy in deep air and mixed gas diving operations.

He has been personally responsible for the evaluation and the development of diving programs, personnel training and continued re-certification of a diverse segment of the commercial and Public Safety diving industry in the United States. Some examples include developing a "Surface Supplied Dive Rescue" program for Public Safety personnel through Santa Barbara City College and the Peace Officers Standard of Training(P.O.S.T.); training of the US Navy "Historical Underwater Archaeology's" and "South Carolina University Archaeology's" in "Surface Supplied Diving" for the recovery of the Confederate Submarine "HL. Hunley" in Charleston South Carolina.

From deep to shallow, pristine to contaminated as well as Hazmat procedures as they relate to diving he most likely has not only done it, but trained someone how to make sure it is done right with safety being the top priority. In the last 30 years he has trained both law enforcement and public safety teams in over 45 different counties in the states of California, Nevada and Oregon in the use of surface supplied diving.

As the Director of Training at the Kirby Morgan PRO Dive Center he develops the training programs designed specifically for Law Enforcement, Public Safety teams, Engineering Groups and the Military in the proper procedures and use of surface supplied diving equipment.